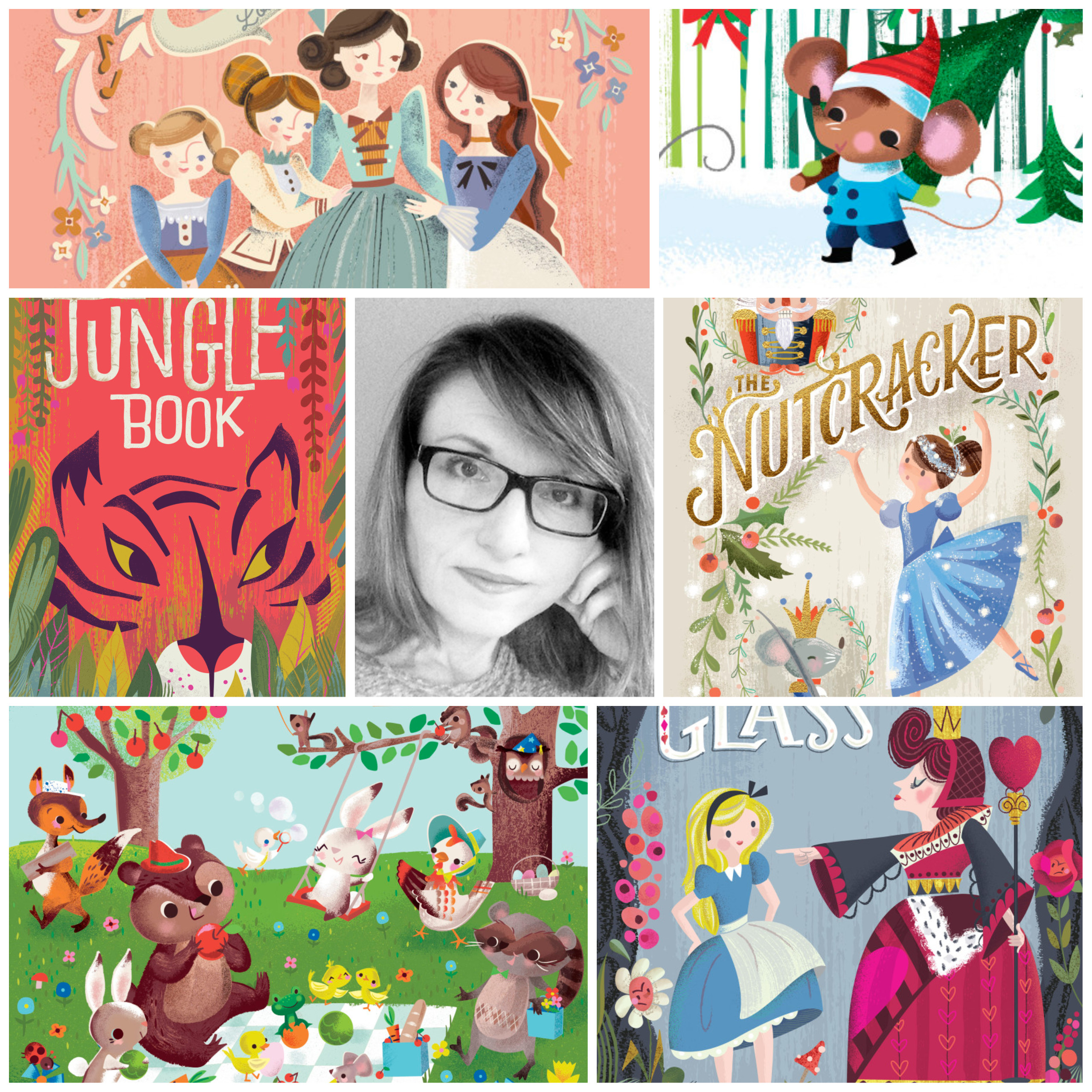 Actually, I don’t feel like I really “chose “it, more like I sort of morphed into one. I was an art director at Hasbro and had to draw a lot of catalog layouts involving kids playing with toys. They were just sketches, but I started to realize I enjoyed that aspect more than design work. They started to ask me to do small spots for catalogs and other collateral and i was off!

I have a BA in Graphic Design from Penn State University. It is a huge school, but has a very small, competitive design program. That said, I never took any illustration courses.

Like nearly every working illustrator out there, it’s hard not to be inspired by Mary Blair. Her ability to infuse joy and charm into every character, combined with innate color choice and ridiculous brushwork, is unmatched. There’s such a long list of mid century kid lit illustrators to aspire to… Aurelius Battaglia, J.P. Miller, Leonard Weisgard, the Provensen’s and many more. For me, it’s all about engaging characters, color sense and style.

My Gramma had a variety of mid century picture books. I remember being so drawn to the illustrations in the original Raggedy Ann books as well as the wonderful characters and connected storylines of Uncle Wiggly.

After I left Hasbro, I started freelancing for them, working on a variety of branded licensing kits, such as My Little Pony, Mr. Potato Head, Play-doh, Monopoly amongst others. It was a good opportunity to work on developing branding for projects and adapting various illustration styles as well as a lot of hand lettering practice.

Is Adobe Illustrator a medium, haha? That is the first  program I learned and pretty much all I used until about 2 years ago when I bought an Ipad and started using Procreate. The beauty of Illustrator for me, is the ability to easily replicate technique, so if I’m working on a book, I can see exactly what brushes, transparency effects and colors I used and then can readily replicate that character on the next spread. With my ongoing Little Engine that Could series, it’s been a godsend in terms of character consistency. That being said, I thoroughly enjoy the intuitiveness of Procreate. It allows for a more natural drawing style. I use it primarily for single images such as greeting cards, but I have recently started using it for smaller book projects. It’s a nice break from vector!

I did a series of classic book covers for Scholastic a few years ago. It was a fantastic opportunity to blend illustration with lettering. I loved the challenge of tackling new stories and characters while trying to summarize the story in a single image and yet still keep it looking cohesive enough to be an ongoing series. The series lead to more opportunities such as working on fabric lines with a story telling theme.

Maybe it’s because I used to work for a toy company, but it would be a dream to work on a line of wooden toys and blocks! I had the opportunity to work on a set of nesting blocks once, and I thoroughly enjoyed  telling a story on all the different sides and making it all work together.

Study other illustrator’s styles that you are drawn to and evaluate what it is about them that works. The more you are aware of how other illustrators communicate, whether through color, character, technique, the more you can understand how to develop your own style.

I used to be a bunny person, but now have shifted over to loving a cute bear!