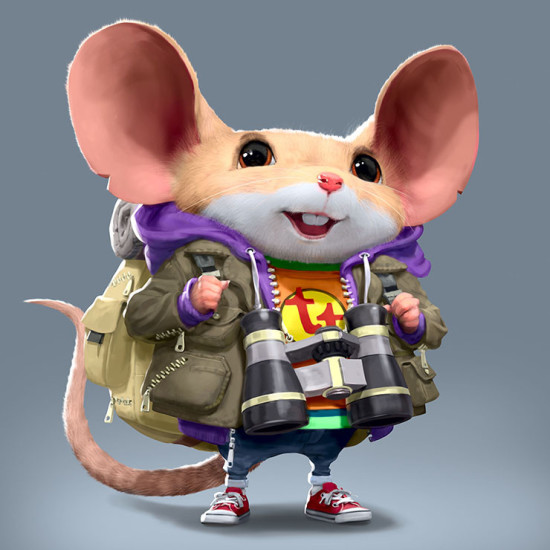 Chris' award winning work has appeared in books and magazines, in addition to packaging, games and posters for clients including American Greeting, Simon and Schuster, Hyperion, MacMillan, Penguin, Bloomsbury Children's Books, Scholastic, Weekly Reader and Smithsonian Magazine. His work has been included in several editions of Spectrum, Exposé, Exotiqué and Painter, receiving two awards for Excellence in Fantasy and another for Excellence in Humor. His work has appeared on display in the Lyceum Theater Gallery in San Diego, California, and the Danforth Museum in Framingham, Massachusetts. Chris has also worked with major game publishers including Vivendi-Universal, Electronic Arts and Microsoft. Chris' whimsical characters, magical landscapes and vivid imagery bring the magic of the fairy tale to young and old alike, recalling the Golden Age of children's book illustration. His art focuses on people and character, both figurative and portrait, with animals and creatures that are bursting with life. Myths, legends, folklore, fairy tales and history are the stuff of which his work is made.