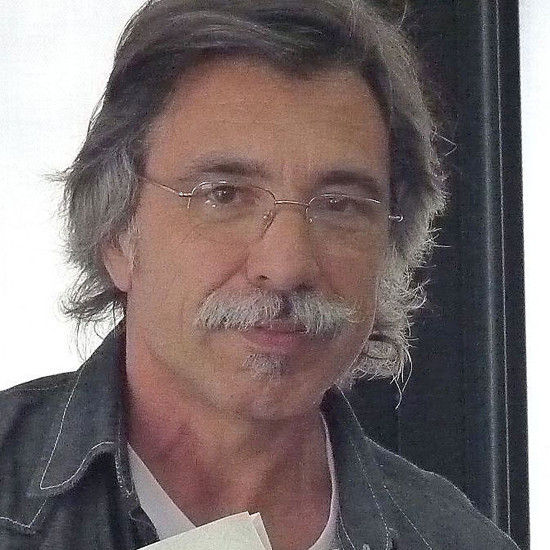 Alejandro Okif lives in Buenos Aires with his creative family, his wife Monica (illustrator), son Sebastian (musician) and daughter, Simona (illustrator and tattoo artist). As a young boy, his father who worked in advertising introduced him to the arts. As a result, he was totally hooked and started drawing immediately. When he was at Facultad de Humanidades y Artes de Rosario, he was drawn to Egon Schiele, Rembrandt, Goya, and Lautrec. As he started working in publishing, he discovered the talented work of some amazing illustrators such as Andre Francois, Quentin Blake, Ronald Searle, and Tomi Ungerer. Alejandro works with different mediums, from acrylics, watercolors, inks, and Photoshop. When not illustrating, he enjoys watching movies, going to concerts, and playing bass guitar with his son Sebastian(though he claims that he is not a good musician).