In the picture book BAT COUNT A CITIZEN SCIENCE STORY by Anna Forrester (Arbordale 2017) Jojo and her family count the bats and send the numbers to scientists who are studying the disease that is killing bats—white-nose syndrome.

Each picture book illustration assignment presents unique challenges and parameters, and offers distinct possibilities. The challenge for BAT COUNT was light… I had to figure out how to make the illustrations work as the sun went down and twilight became night. Successive spreads had to get darker and darker. There was also a flashback element in the story, and to help portray that I added a dog to the family, who was shown as a puppy in the flashback scenes. The dog was not in the manuscript, but it’s always nice to have a dog in a story, and I used my own dog as a model. 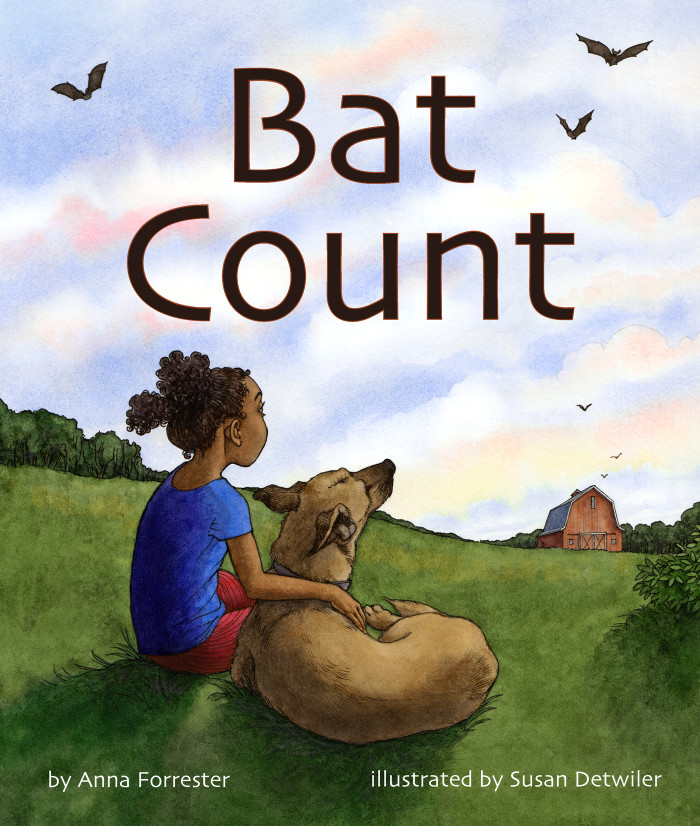 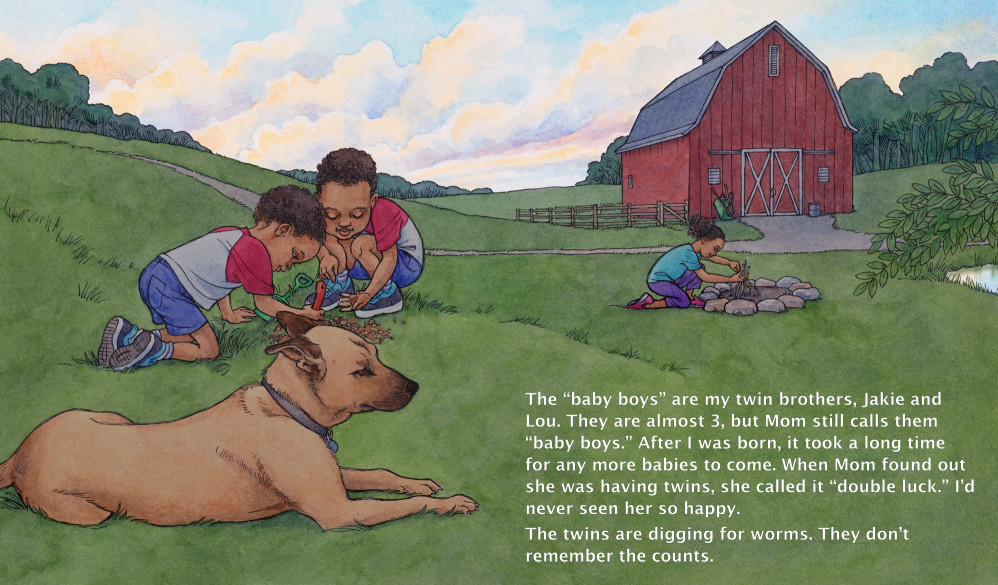 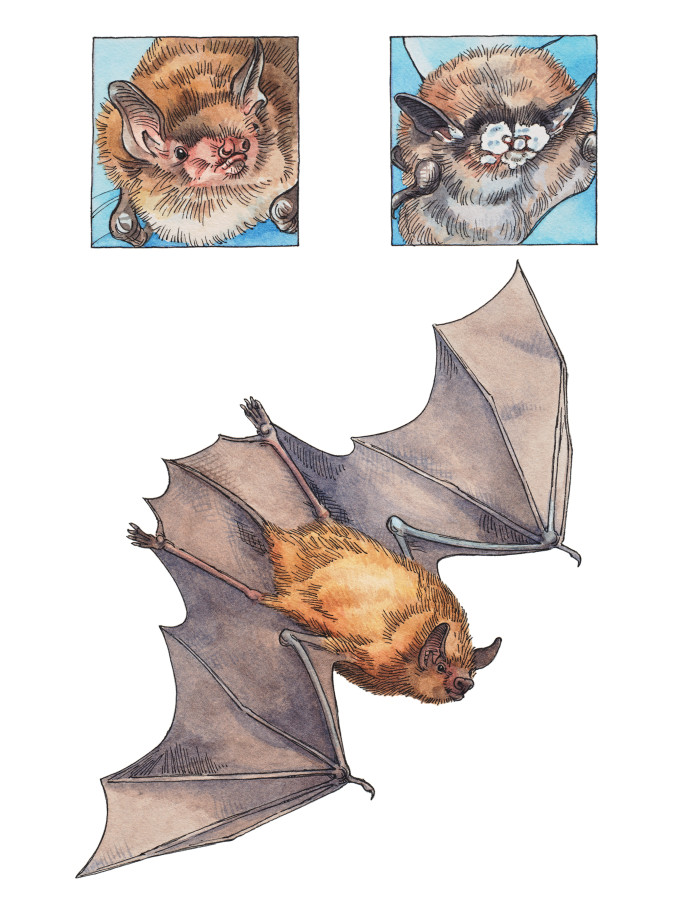