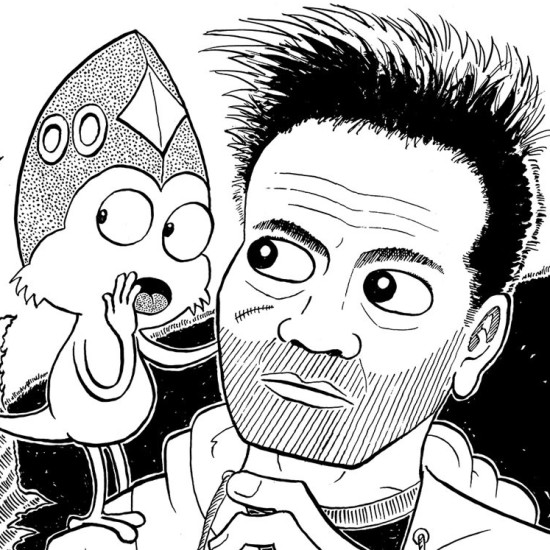 Richy K. Chandler is a U.K. based illustrator, comic creator and writer.

His books published by Jessica Kingsley Publishers and Singing Dragon include comic strip collection Lucy the Octopus, graphic novel When Are You Going to Get a Proper Job? and picture books What the Hell Just Happened?! and You Make Your Parents SUPER HAPPY!

Richy is a regular contributor to the award-winning Eco Kids Planet Magazine, providing illustrations and writing and drawing the Amelia the Fox comic strip.

Richy has illustrated The No Panic Book of Not Panicking (Apples & Snakes) and The Parenting Patchwork Treasure Deck (JKP) written by Dr Karen Treisman.

Additional comic and illustration clients include:

After earning a diploma at Wimbledon School of Art, Richy graduated from Camberwell College of Arts with a degree in Ceramics.

Richy has worked as a creator for Titan Comics, writing Adventure Time, Almost Naked Animals and over 250 Wallace and Gromit newspaper comic strips, as well as drawing for the Dreamworks’ Home comic book.