Twentyone Olive Trees: A Mother’s Walk through the Grief of Suicide to Hope and Healing was a project that was deeply moving for me. Nothing could have prepared Laura Formentini for the shocking news of her son’s death by suicide. Seeking solace during her time of grief, Laura turned inward to transform her pain and shock into healing and peace. She accomplished this by writing letters, poems, and fables to her son, Blaise, in the year after his untimely death.

I was immediately moved, not only by her tragic loss, but also by her determination to transform her pain and grief into healing and peace and to gift this very personal story to the world to help those going through their own grief and dark moments. She chose the title Twentyone Olive Trees because her son was 21 when he died. She also intends to plant twenty one olive trees in his honour at a healing sanctuary that she is currently creating.

The book has received a starred Kirkus review and Booklife said of the artwork: “In addition to Formentini’s writing, the beautiful illustrations by Marit Cooper enhance each fable with memorable renderings of story and character. Cooper includes the most intricate details mentioned in the tales, as well as the recurring figure of Naeltim, the sylph of the air, who plays a special role in every fable, all with simple yet meaningful olive branches woven throughout.” 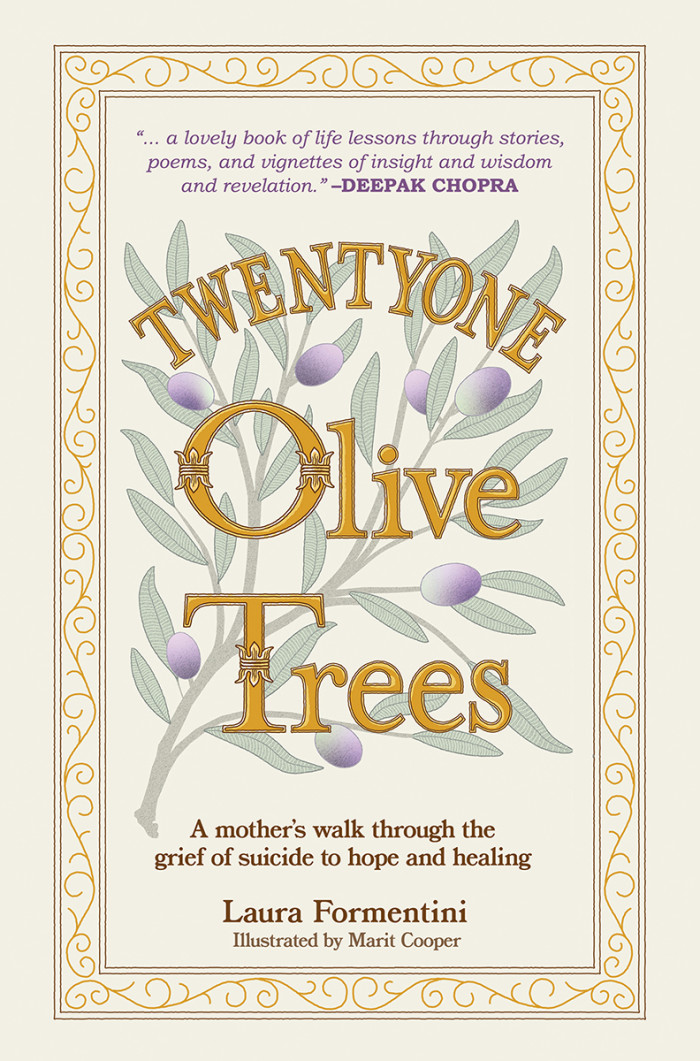 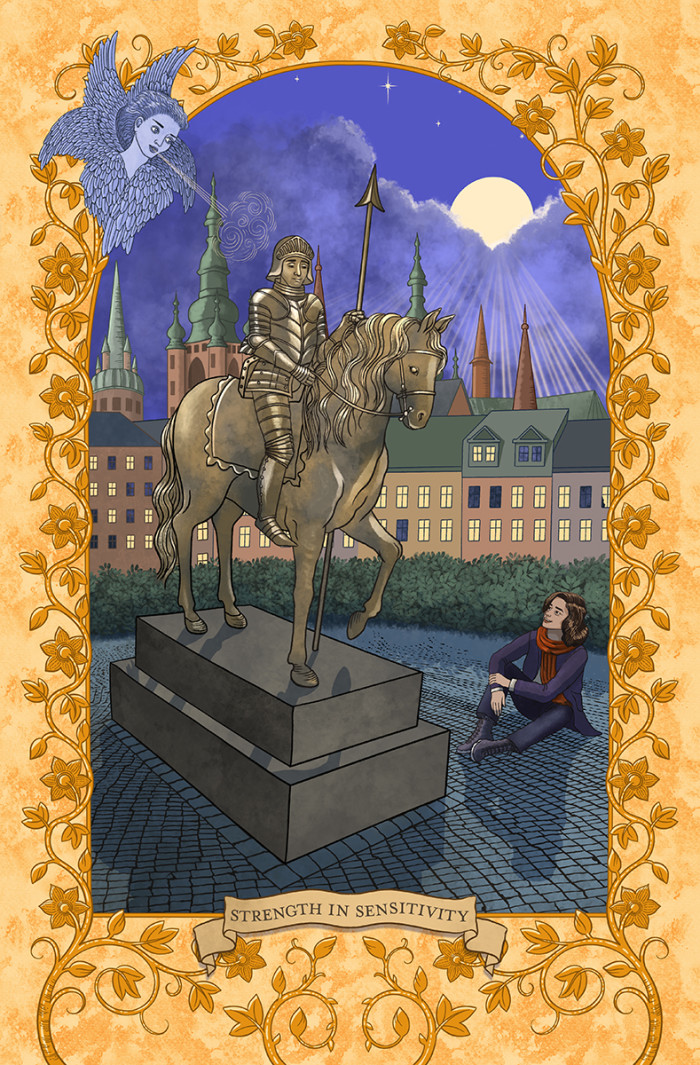 II - The Boy And The Bronze Statue

Laura had envisioned her book as being illustrated like a medieval Book of Hours, and I was thrilled. As I am deeply inspired by medieval and Renaissance illumination and I absolutely relished the opportunity to indulge in intricate acanthus scroll borders and detailed illustrations. 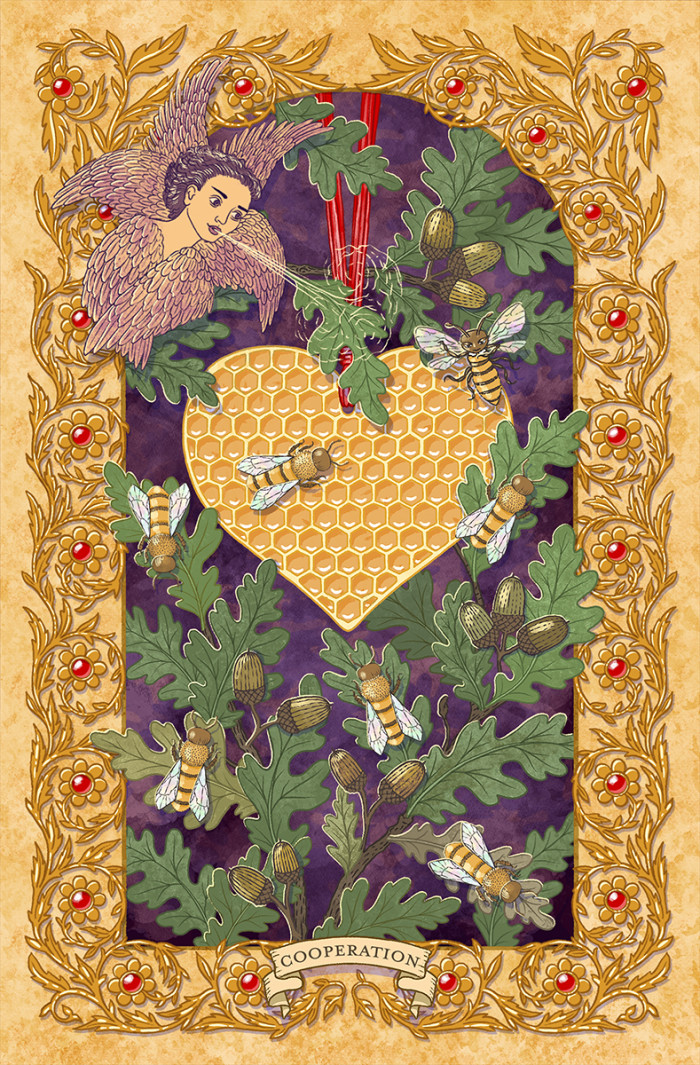 III - The Waltz Of The Honeybees 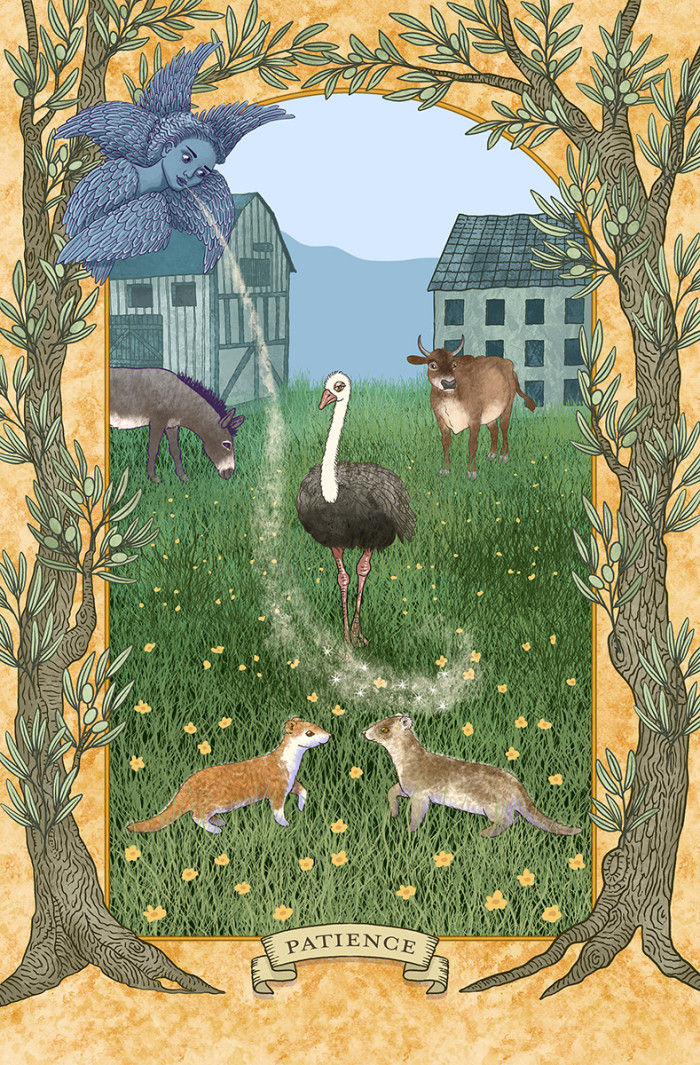 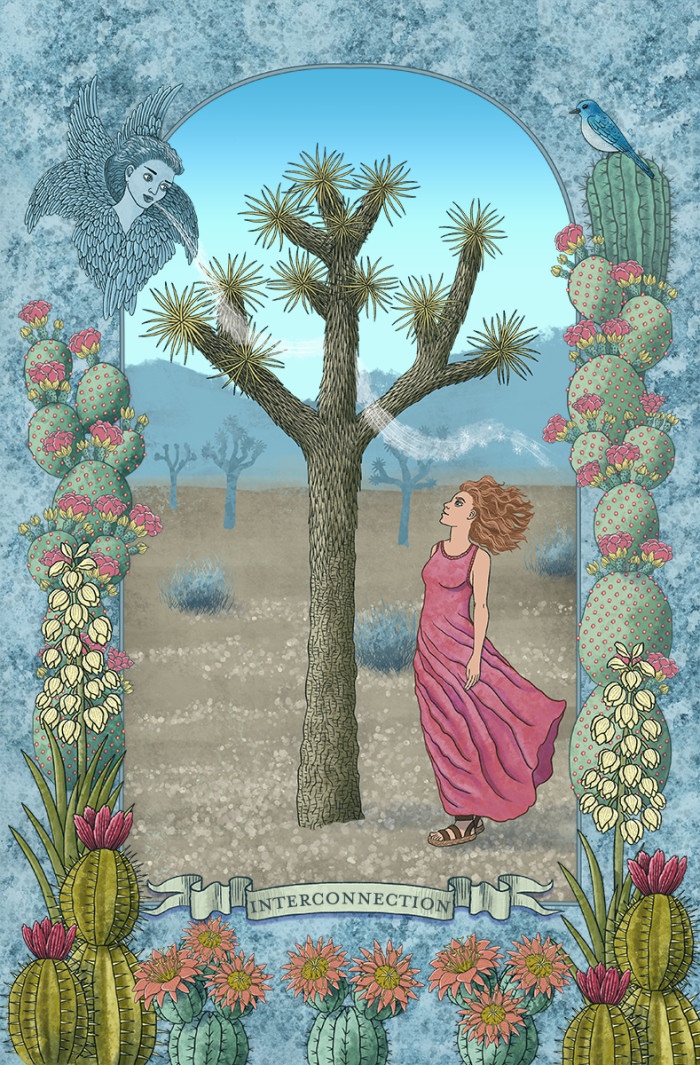 XII - Niami And The Tree Of Life 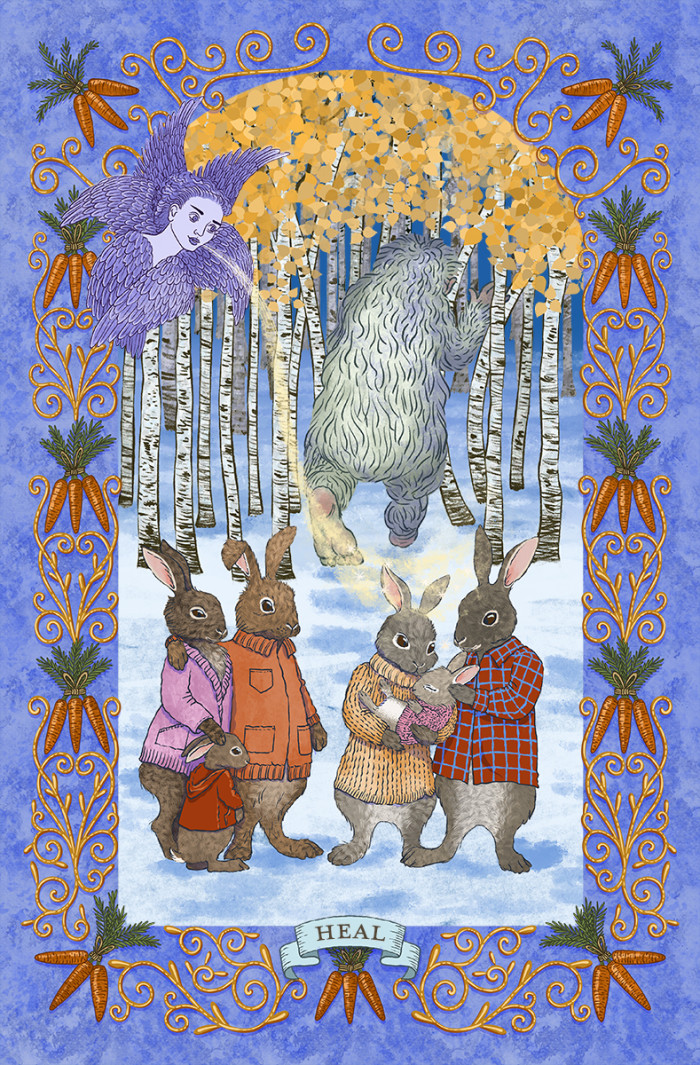 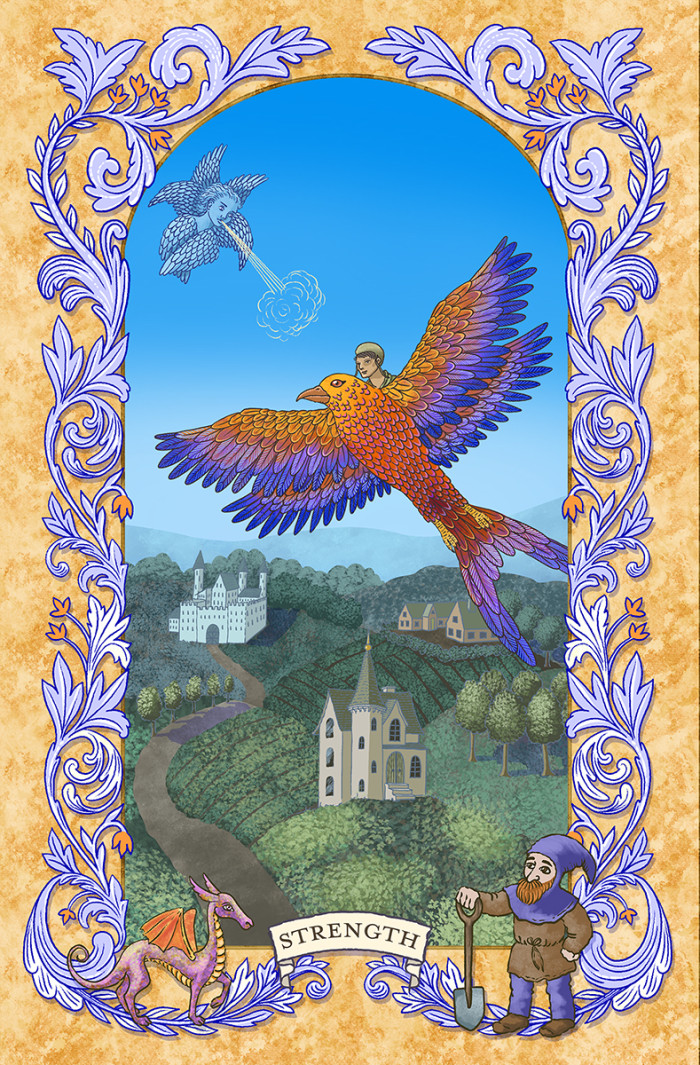 XV - The Poet And The Fabulous Thunderbird 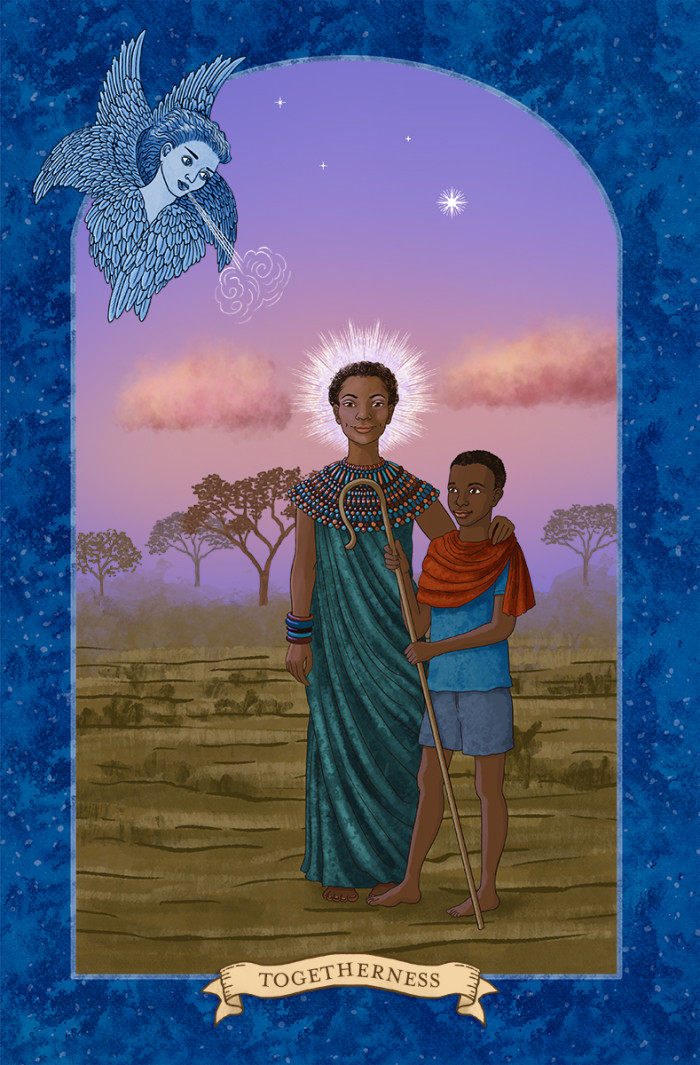 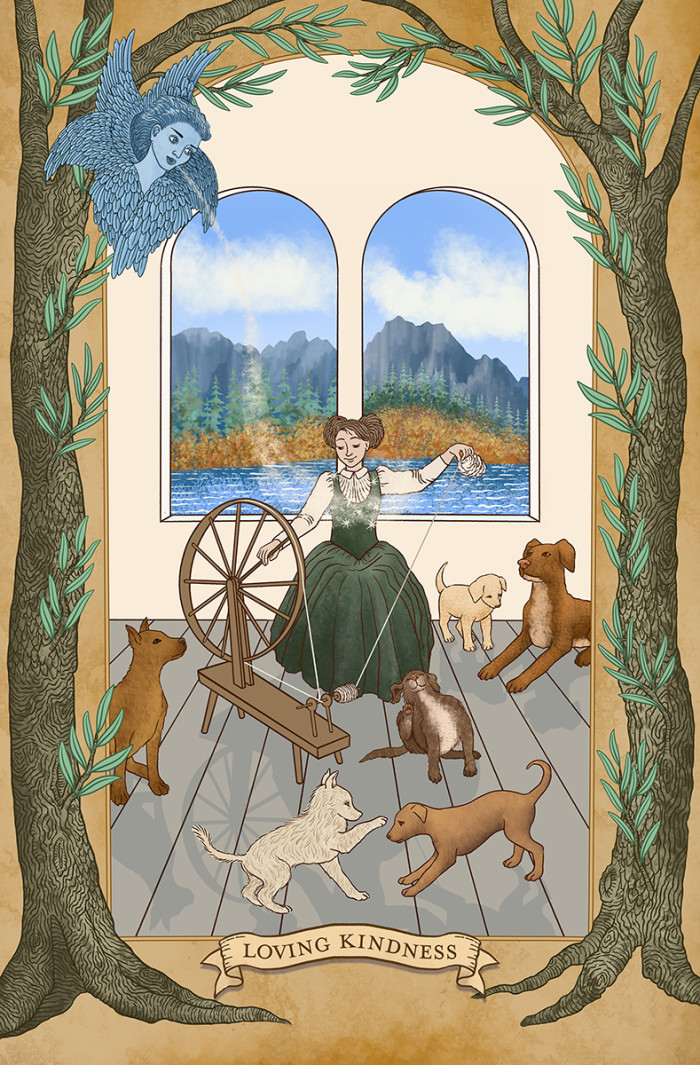 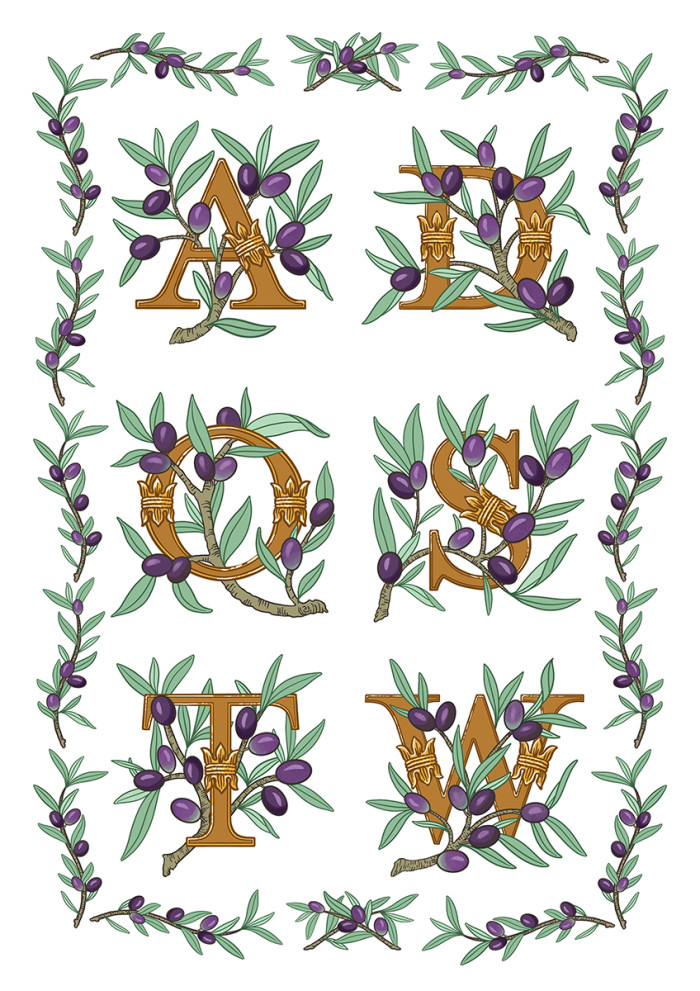 Each chapter has an illuminated initial to tie in with the Renaissance style of the book. 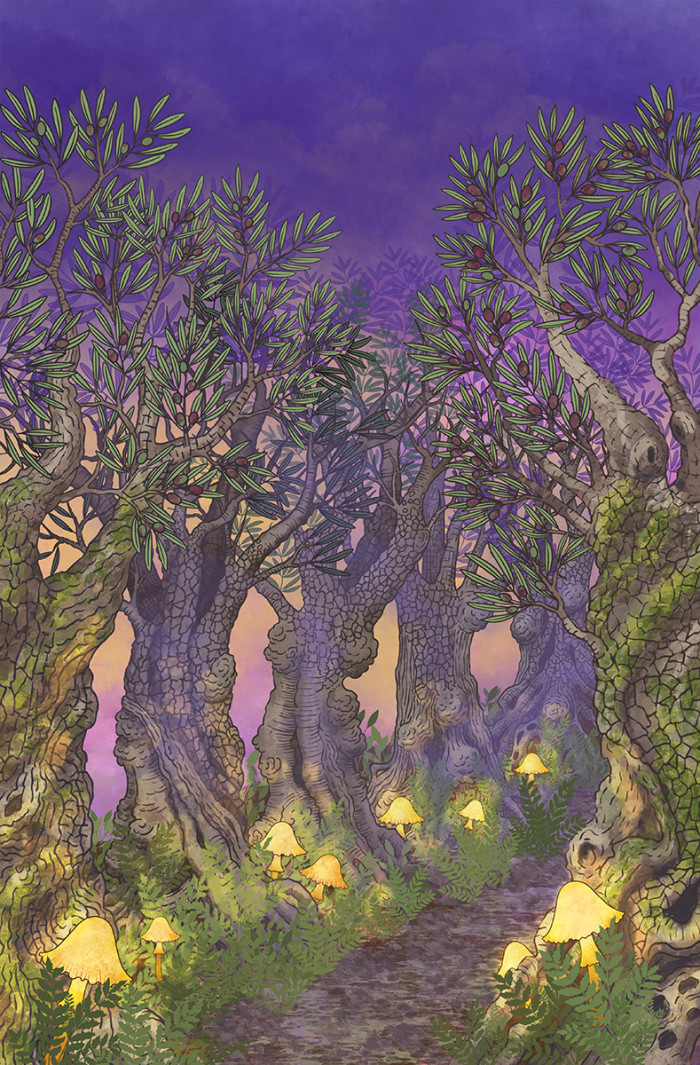 This artwork was initially intended to be for the cover but it was then decided that a simple cover with a more subtle illustration would be more appropriate and this piece was added to the epilogue.