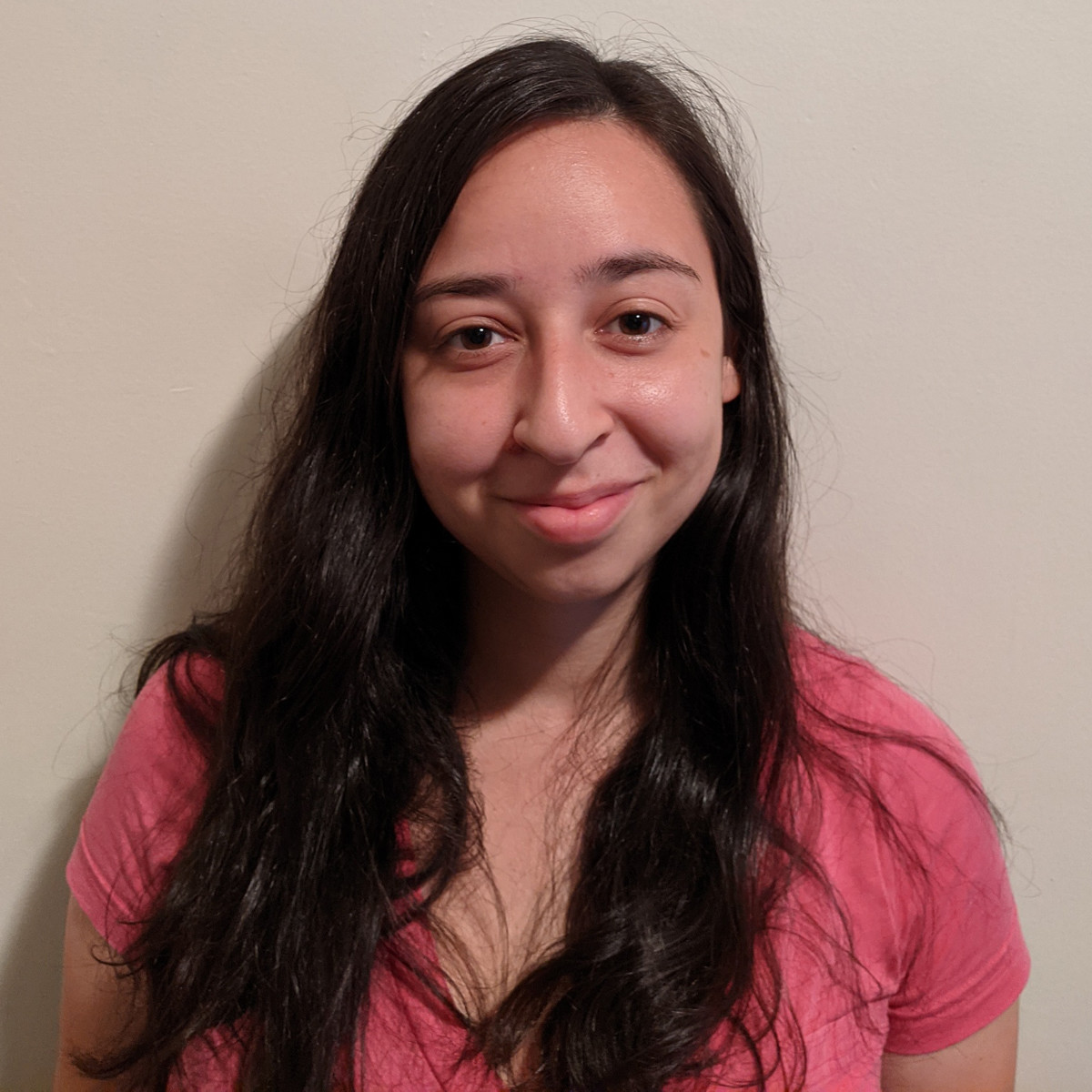 How did your career in publishing begin & what led you to your current role as Associate Editor at Atheneum Books for Young Readers?

I knew for a long time that I wanted to do something with books. It started when I was about 6 and found out that Tomie dePaola both wrote AND illustrated Strega Nona. I immediately wanted to be an author-illustrator too! I still have a ton of respect for people with the multifaceted talent to follow that path.

I got interested in the publishing business in college, and did a publishing certificate course at the Denver Publishing Institute right after graduating. From there, my journey has had many twists and turns! In the last ten years, I’ve been a literary agency assistant, an editorial assistant working on adult nonfiction, and a book reviewer for the Junior Library Guild (a children’s/YA subscription box service geared toward librarians). I joined Atheneum’s editorial team in 2020, and this job, finally, feels like the perfect way to combine all my interests! I get to do hands-on work ushering children’s books into the world—which is what I’ve dreamed of ever since the day I read Tomie dePaola’s author bio on the back of Strega Nona and realized making books was an actual job.

As a board member of Latinx in Publishing, you champion stories told from underrepresented perspectives. Could you select a couple of recent examples to share with our audience?

My current role with Latinx in Publishing is as co-director of our Writers Mentorship Program, launched in 2020, which matches up emerging Latinx writers with published Latinx authors for a 9-month mentorship. So many talented Latinx writers have trouble finding doors into the traditional publishing industry, and finding mentors who fully understand the perspective they’re working from. It’s been so rewarding to help writers make those connections. And by the way, if any of your members are interested in applying, we have our first graphic novelist mentee in this year’s class, and next year we’d love to hear from more artists who are interested in writing picture books or graphic novels.

Meanwhile, at Atheneum, many of my acquisitions so far are also centered on marginalized perspectives. Most of them, alas, are not yet up for preorder, BUT I can reveal that I’m working on 2023 books with Alexandra Alessandri and Lulu Delacre, who already have books published that you should absolutely check out! And I’ll plug a backlist project I was honored to manage—a boxed set of the Ruby Lu chapter book series by Lenore Look, which comes out in April 2022 and IS up for preorder. The first Ruby Lu book was published in 2006, and there weren’t many Asian American characters starring in chapter books before Ruby burst onto the scene. Besides being groundbreaking representation, these books are a blast to read—Ruby is hilarious!

Describe the process of working with an exciting debut illustration talent versus an established artist.

Creating picture books, as opposed to other types of art, has a learning curve. You have to master the sorts of visual details that help tell a story, and keep a sense of action going. And you often have a fair amount of artistic license in terms of style and medium, but you also have to keep the look of a book’s characters consistent and avoid losing the thread of the story. Plus, there are the practical details like what file format to put everything in when you deliver the art to your publisher! I find that debut illustrators and established artists have, really, the same number of incredible creative ideas; debut illustrators just tend to have more questions about the execution, which I am happy to answer.

When browsing illustrators' portfolios, what are some of the things you look for when finding a good match for your picture book and MG/YA projects?

Ugh, it’s hard—there are so many talented artists out there! First, I’m not usually looking for highly rendered, photorealistic digital art or a Disney-ish cartoon style, because kids and teens see those styles all the time in movies and video games. I want a book to draw readers in with a bit of novelty, by showcasing an art style that has some quirk in it, and a bit more of the artist’s personality peeking out. I also love warm, inviting color palettes and use of unconventional mediums like collage. And I look at illustrators’ bios, too, to see what they say about their background and hobbies, or look at their portfolio for visual clues. For, say, a book about cats, I want to work with an artist who actually likes cats!

Tell us about the most creative response you've had from an artist to one of your manuscripts.

For one of my picture books coming in 2023, Ramen for Everyone, the illustrator, Shiho Pate, came up with a whole backstory for the main character’s family that wasn’t in the manuscript at all. The book is about a boy and his dad cooking ramen at home. Shiho had the idea that the dad is so great at making ramen because the family owns a restaurant, and she used that to inform the details of her art. For example, in one spread where the dad is prepping ingredients, there’s a photo on the wall of him and his dad in front of the restaurant on its opening day. And some bowls with the restaurant’s name on them pop up around the house, too. This backstory wasn’t something I would have ever thought to direct Shiho toward, but I love the depth it adds to the story.

How important is humor in children’s books & how can art elevate a story's comical value?

I think humor is incredibly important in EVERY book, for children or adults! It’s important to tackle big questions and tough topics with honesty, but that doesn’t mean there can’t be a few jokes to help readers see the light at the end of the tunnel. And art can do so much to add humor to a read. My favorite picture books are the ones where the text on its own is pretty matter-of-fact, but the accompanying art makes it suddenly hilarious, either by contradicting the words on the page or adding new context around them. I Want My Hat Back by Jon Klassen is a great example; you see the rabbit say to the bear, “I haven’t seen your hat,” but he is in fact wearing the bear’s hat in the illustration. The nerve!

What's the most magical & inspiring story you've ever published?

The word “published” here is tough, because so many of my projects are still forthcoming! So I’ll shout out a book I assisted on back in my adult publishing days: The Bad-Ass Librarians of Timbuktu by Joshua Hammer. It’s the incredible true story of how an archivist in Timbuktu, Mali organized an operation to smuggle 350,000 ancient manuscripts out of the city and save them from being burned by Al Qaeda. Watching the news, it sometimes feels like people are only doing terrible things. But this story is a great reminder that 1) humans have also created a lot of beautiful art throughout history, and 2) when people work together, they can achieve amazing things.

Who did you look up to when you first started your career & who do you admire now?

Before I got into publishing, I had no clue how much editors contribute to every part of a book’s journey. Editors work with authors and illustrators on the book itself, of course—but they also work with all the other departments, like production and design and marketing, to make decisions at every step before and after a book is out in the world. And they’re always out there looking for new books to champion, too! So honestly, I admire ALL my editor colleagues, especially those who have been doing this juggling act for decades.

Which three children's books would be on your 'all time greats' list?

I can never rank books; there are too many I love!! So I’ll just recommend that everyone who likes fantasy check out Diana Wynne Jones and Tamora Pierce if they haven’t. Definitely all-time greats. Their books got me through middle school.

What upcoming book project or projects are you especially excited about?

Oh my god. All of them. Right now I’m most excited for my very first acquisition at Atheneum to publish in June 2022! Lies I Tell Myself by Beth Vrabel (up for preorder here!) is a classic slice-of-life middle grade novel about a sweet cinnamon roll of a boy named Raymond, who’s going to spend the summer with the grandparents he’s never met—because their daughter, his mom, ran out on the family when Raymond was 6. And he’s totally over that, and definitely not at all nervous about this trip…Well, okay, maybe add those to the list of lies he’s telling himself.

Raymond is a hilarious kid with a heart of gold—though honestly, my favorite character in this book is the chicken from a nearby farm that keeps harassing him—and Beth is a beautiful writer. I’m so looking forward to Lies I Tell Myself being out in the world.