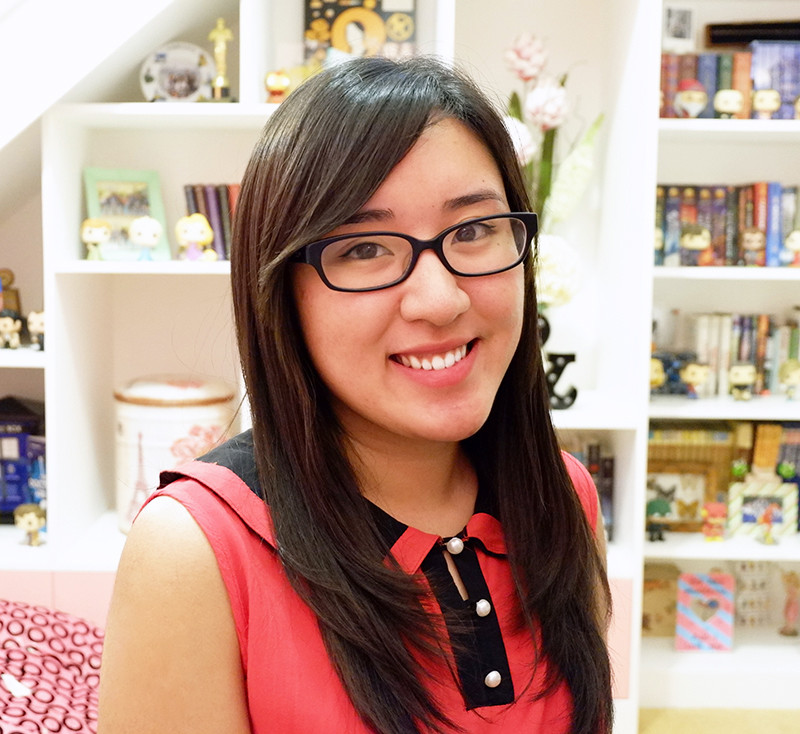 From what I can remember, it all started for me at the age of 14. This was the time that I first discovered Adobe Photoshop. I don’t remember being artistically-inclined when I was young—I was never the kid who doodles at the back of their notebooks—but for some reason I became so fascinated with the program that I found myself studying tutorials online and making random creations for fun. I guess being exposed to the Internet, colourful picture books and cartoons growing up ignited something creative in me that I didn’t know I had. The Photoshop fascination went on for a whole year until I decided to officially take up an art course in college—and eventually pursued it as a career.

Yes, I graduated with a Bachelor’s degree in Multimedia Arts from De La Salle-College of Saint Benilde’s School of Design and Arts—an art school in the Philippines. It was a four-year program that covered several design fields like Animation, Graphic Design, Illustration, Photography, Video Production, Web Design, and Game Design to name a few. After graduation, I decided to formally specialise on Graphic Design and Illustration.

I’m getting vague flashes that I used to own Winnie the Pooh and Alice in Wonderland picture books. I remember that I really loved all the colors in those books and loved Piglet the most. He was probably the character responsible for making me fall in love with the color pink!

It was a series of typographic illustrations I did for Harper Teen and Epic Reads back in 2013. I had only just started experimenting with lettering around that time, so the illustrations I made were a mix of existing fonts and hand-lettering. The posters were used as promotional material across their social media websites.

I’m a digital person all the way. I love how digital programs gives you access to a ton of tools in just a few clicks. It’s also much faster and more convenient for me in terms of mixing colors, aligning elements, undoing accidental lines, and reshaping my illustrations.

I’d have to say it’s the Boys Don’t Knit book cover I did for Macmillan Publishing. I consider it to be my first real published work commission and the first time I got to hand letter for a book cover as well. This project turned out to be the validation I needed as a hand letterer because it made me realise that those hand lettering projects I was doing for fun can actually be turned into a career.

Talk us through the process of creating one of your latest illustrations or books.

As a pure digital person, I rarely start my sketches on paper. I do my sketches straight to a digital program and they usually look tight and coloured because I visualise my ideas better this way. Once the project is set in motion, I usually start off by presenting 3 or more rough studies to the client, so they have a couple of options to choose from. After they approve a sketch/study, I’ll start working on the next round and polish the design as per their feedback. From there, it’s just a matter of more going back and forth with the client until they approve the final art.

I have a loft type room that doubles as my office and personal space. I had it restructured so the whole first floor would be my entertainment slash work area, while the attic would be my bedroom and closet. As seen in the photo, I mirrored my screen to the adjacent TV which technically doesn’t do anything design-wise, but it works wonders when I decide to play a movie in the background while I’m working.

On the other side of my desk is my shelf which contains my books spanning from fiction novels, magazines, to design and lettering books. As a book cover designer, having a shelf nearby helps a lot when I need easy access to various cover inspirations and references.

It really depends. Sometimes I listen to pop music and musicals in general, or I might listen to the soundtrack relating to the artwork I’m currently making to help set the mood. An appropriate example is the time I looped the Moana soundtrack in the background while working on these posters.

The first one that came to mind was this quote I heard from a Vlogbrothers YouTube video sometime ago, said by Hank Green: “You’re going to suck at first, because we all do. So you shouldn’t judge yourself based on the capabilities of people who have been developing skills their whole lives”. It was a nice reminder that not everyone starts out great, so don’t compare your progress to others—just take your time, work at your own pace, and trust your process.