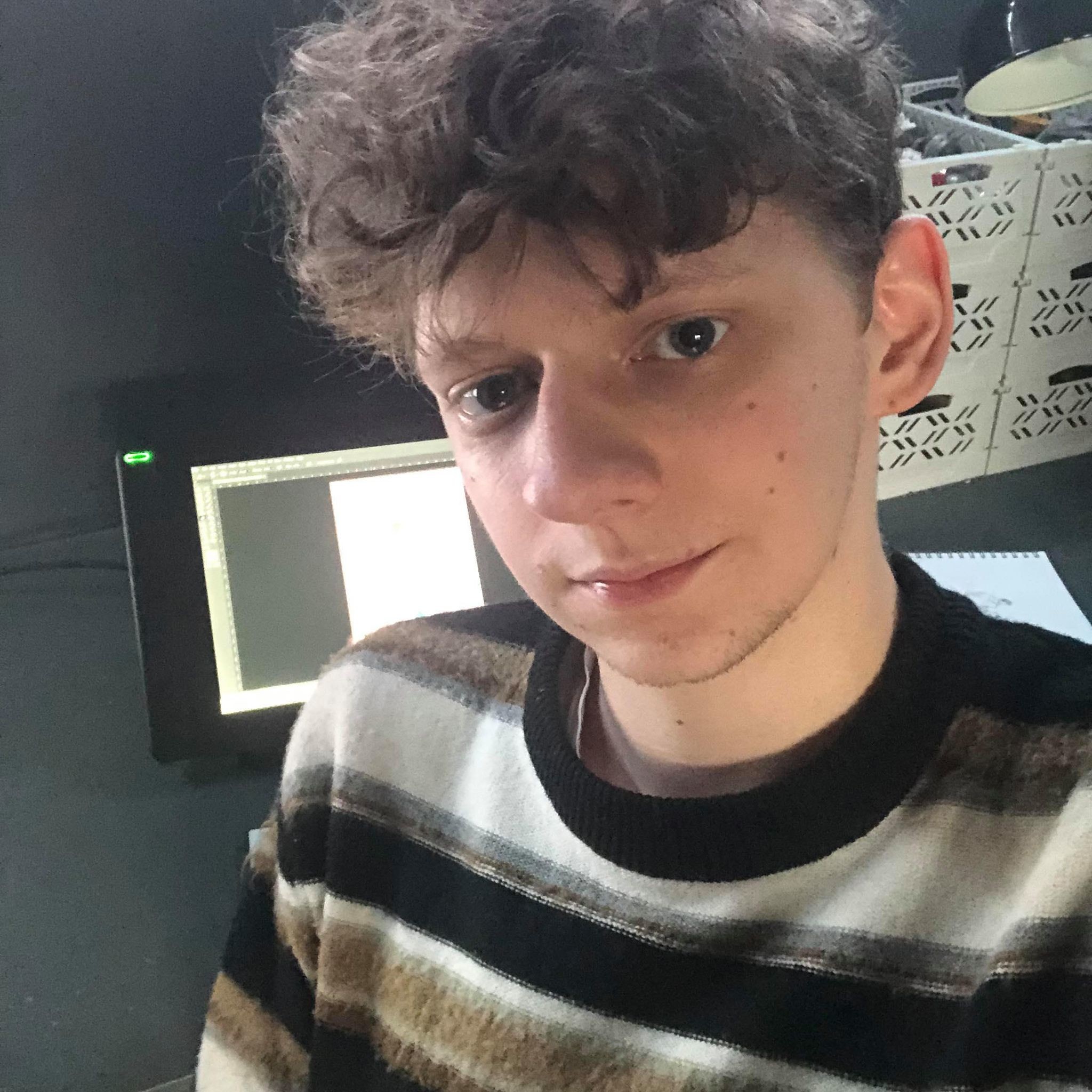 I’ve been drawing ever since I can remember, my Dad is a pretty good drawer too and would always encourage me to create art. I would take any opportunity in school to draw and would happily spend hours behind a sketchbook, I suppose not much has changed since then, so upon learning I could do it as a job I jumped at the opportunity.

I studied graphic design in college where my tutor suggested I should go onto getting an illustration degree, so that’s what I did. I went to the University of Central Lancashire and studied Illustration which was an amazing three years. I really grew into my work there through the guidance of the great tutors I had.

I’ve always lived in Greater Manchester, specifically in Bury, known for it’s supposed “world famous Bury market” and being the birthplace of black puddings, I’m not too sure if that’s a good thing however.

My influences come from a mix of media, animation wise I adore a mini series called Over the garden wall and of course the masterworks of Studio Ghibli, they are both so imaginative and playful which is what I like to convey in my art. Illustrator wise there are a great many, one big one though is Elisabeth Neveux. I worked on the till on some weekends and sold my art in her
shop in Manchester while I was in university. She does beautifully carved lino prints of folklore stories. She taught me a lot on how to market my work and really helped me to be confident in my creations.

The first Illustration gig I got after graduating was being part of a small project working with Durham creates, it was to illustrate a few spot Illustrations for a website that linked Durham's mining history with music and youth groups.

There was a particular project we were given in University that shaped my style to what it is now. We were given a set of briefs by an outside design agency as industry practice, the brief I chose was to celebrate 125 years of the National Trust. I linked the parks and places in the National Trust to folktale stories that occurred in them, from there I experimented with spray paints and posca markers which led to a series of illustrations set on colourful backgrounds with the elements on them not having external outlines, I knew from there that this was the style I wanted to pursue and develop.

Talk us through the process of creating one of your latest illustrations or books.

Recently I’ve been working on some personal work and expanding on my portfolio. I’m developing a set of space themed spreads going over the history of humanities journeys outside of the Earth. I started with some research and finding interesting subjects, I then went about developing a colour palette and put together some sketches, working out compositions. Next I took to my tablet and drew out the initial sketches into photoshop, once I was happy with those I added the black linework and colours underneath.

Outside of drawing I’m a huge nerd. I'm a collector/painter/player of Warhammer, which is a tabletop game where you collect and paint an army of small models that you then use to fight against other people. It's incredibly geeky but I have a lot of fun with it. I also play video games, listen to a lot of music and go to the occasional concert.

My desk is mostly taken up by my computer and drawing tablet, then the rest consists of random art tools, sketch books, books or whatever else tends to be on my desk that day. Currently I work from my bedroom but one day I’ll have a crazy studio space with sketches lining the walls, that’s the current plan anyway. (As you can see from the picture I made it neat for you.)

Work will not show up out of nowhere, you have to get yourself out there, email, get on social media, get in touch with other Illustrators and people who can help you on your journey. Being an Illustrator can be frustrating but you will get projects if you keep at it, and at the end of each one you remember why you picked this path.