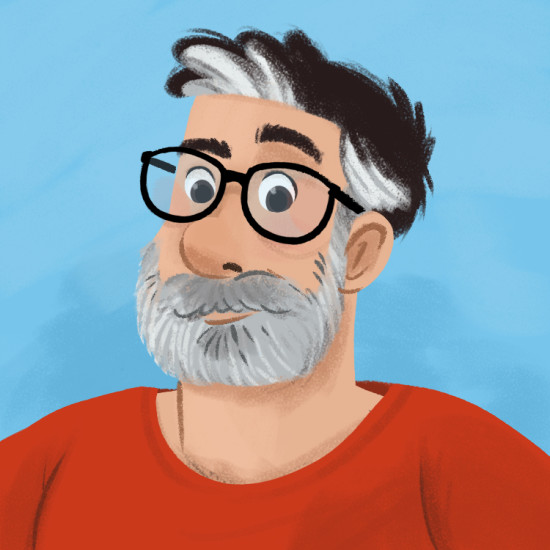 Nuno Alexandre Vieira is an illustrator based in Portugal. He loves to work with traditional media (oils, watercolour, acrylics, Indian ink), digital or a mix between the two of them. He especially loves to create characters and imagine worlds for them. Fairy tales, magic and adventure are his favourite subjects to illustrate. Always pursuing his ambition of being an artist, he became an Art teacher, doing part time illustration work. After teaching for almost fourteen years, Nuno decided to become a full time illustrator. Since then he has contributed to several educational publications, has done comic books and has illustrated several children’s books.